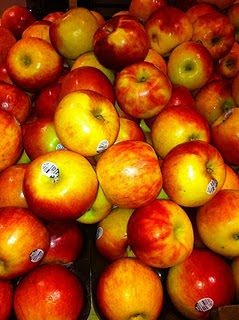 Do I have Binge Eating Disorder or is it Food Addiction, or Could it be a Combination of Both?

Have you ever gone back for an extra serving of food when you weren’t hungry? How about mindless eating between meals on occasion? I’m sure most of us at some time or another took an additional serving (or two) of food or ate unplanned meals especially during holidays, birthdays, and long weekends. Let’s face it; temptations to over-indulge are all around us.

When was the last time you binged a bushel of apples or a bucket of broccoli? I’m willing to bet not too often. How about a box of cookies, bag of potato chips, or chocolate bars? Ah…hitting a nerve am I? If you look around I am certain you will see at every turn someone who binge eats. Do you?

Millions of Americans hide, steal, and hoard food anticipating a secret binge. After their indulgence they’re filled with remorse and shame promising to never over eat again. One of the least discussed and most common eating disorder is binge eating disorder. Binge eating is defined as over eating a large amount of food in a small period of time, at least three times a week for six months or longer. Binge eating, or compulsive eating—as it is more familiarly known—affects more than 20 million people in the United States alone. And yet, we focus more on bulimia nervosa and anorexia when it comes to eating disorder.

The food addict also eats a large amount of food in a small period of time, and like compulsive eating, it comes with consequences that can be lethal, such as obesity, heart disease, relationship issues, body image, and et cetera. The big difference between the two disorders is food addicts crave specific foods that are uncontrollable no matter what attempts they put forth to stop (i.e., dieting, restricting, exercising, et cetera).

I liken food addiction, an uncontrollable craving for high sugar and processed foods, to recreational drugs such as cocaine, heroin, and nicotine. And the food addict needs to consume the sugary/starchy substance in order to function—to feel “normal.” In all addiction cases, the substance dependent consumes larger amounts of their drug for longer periods than were normally intended with a persistent desires or repeated unsuccessful attempts to quit—even if it interrupts social, recreational, and family interaction—because the addicted substance takes precedence.

I suffered from food addiction and binge eating disorder as far back as I can remember—I just didn’t know what it was called. I thought there was something wrong with me mentally. I craved chocolate, doughnuts, chips, and anything gooey and sweet beyond normalcy and I tried every diet under the sun—including diet pills, commercial diet centers, starvation, over exercising, none of which helped me tame the compulsion to eat beyond full in spite of the detrimental consequences, which in my case was obesity.

I wish I knew then what I know now about eating disorders, treatment, and spiritual recovery. Perhaps I could have avoided all the pain and suffering with my weight up and my weight down—an endless battle—until now. Today, I live life without the torture of worrying about getting heavy, craving foods I can’t control the amount of—and spiritually my cup is full. So, if you are one to eat an extra serving, two, or three beyond holidays, birthdays, and long weekend temptations, when you weren’t hungry, to the point of devastating consequences that hamper the quality of your life, perhaps you may suffer from an eating disorder such as food addiction, binge eating disorder (compulsive eating) or both intertwined.

My 20 years experience as a clinical psychotherapist, a PhD in addiction psychology, certified eating disorder specialist, certified addiction professional, and national board certified clinical hypnotherapist has not only made me a recognized expert in my field, but also made me privy to understanding the experience of those (and myself) releasing their obsessions with food and turning to their connection with the divine energy (known as God for some) and people.