How to Silent the Dieter’s Ever-Present Inner Chatter

An excerpt from Chapter 3, Release Your Obsession with Diet Chatter: Heal from the Inside Out.

In the Presence of His Glory,
Closely watch your heart
so your thoughts won’t shame you.
For he sees guilt, opinion, and desire
as plainly as a hair in pure milk.
~Rumi in “Intelligence and Tears”

Nothing in the world can bother you as much as your own mind. The inner chatter is often laced in pure guilt. Guilt is felt at the root of our emotion when we believe or realize—accurately or not—that we compromised our standards in one form or another.

And with guilt comes shame; they buddy-up like white on rice, spurring feelings of responsibility or remorse for some offense or wrongdoing. And when we are quite young, especially those of us raised with a religious dogma, we are told that He is watching our every move, only to enhance the bad feelings we have of ourselves.

Interesting how Rumi points out: He sees guilt, opinion, and desire as plainly as a hair in pure milk. Guess what? The person seeing is the person “owning” the shame, guilt, and desire—more so than any Higher Anything ever could—or would.

Inner Chatter Lives In You

And worse, this negative inner diet world is a fallacy that is owned as truth. As I point out, nothing in the world can bother you as much as your own mind.

Of course this ongoing noise poison is a misconception of what’s really going on. And worse, sometimes thoughts get stuck in your head. Stuck like a recording. If we play the recording over and over and over again, we begin to own it as truth even when it’s a misleading notion.

The goal, the desire to be thin or not eat this or that, only adds fuel to the negative chatter. This desire is a strong feeling of wanting to have something or longing for something to happen such as weight loss or restrictive eating or eating only specific foods—or having that perfect body exhibited on social media, television, a billboard, or a magazine we spot waiting in the checkout line at our local grocery store.

So exactly what is mind chatter, and where the heck does it come from? Why inner chatter? What are we running from or avoiding? Is it coming from your mind, heart, gut—an outer source perhaps—or all of the above? Do we even know?

Mind chatter is the non-stop dialogue you engage in inside your head that can make you question your sanity. Mind chatter will never fully go away nor do we want ALL chatter to silence. We need to have thoughts to plan and to recall. The question is which thoughts and chatter are okay and which are not.

Have you ever heard of the monkey mind? It’s an expression used to describe the mumble jumble going on mentally. I’ve heard the term described this way: the human mind as inhabited by a group of drunken monkeys jumping around, prattling endlessly—carrying on all day and all night.

As I just mentioned, inner dialogue can be tied to memories or plans that are delightful and/or necessary. But the drunken monkey is not that.

As with drunken conversations in a bar, the loudest of these is what takes the stage front and center. To be sure, that strident talk is generally not the healthy chatter. It’s fear posing as a buddy who just wants to help us out.

This fright becomes larger than reality. The shrill and insistent thought, which you fabricate, is something you wrongly decide to believe is true. It is a threat that you have imagined or invented, and therefore doesn’t actually exist.

As stated earlier, our thoughts are a constant and will always be the fabric of our minds. As long as we’re alive, we will be thinking thoughts. In other words, the monkeys are built into the framework of our consciousness—the essence and nature of the mind.

So fighting the monkeys is not our goal, but quieting the nonsensical, drunken chatter is. Learning to understand and calm the jabbering to a whisper replaces the drunken monkeys with more sedate monkeys.

What prompts the negative chatter? Well, the trigger could be any sort of gobbledy gook that fuels the nonsensical noise. The goal is to listen, then to know and to understand what the yakking is saying to you. The more familiar you are with how the stream of such thoughts behaves, the habits, its good sides (the payoffs), its bad sides (such as the anxiety that arises from it)—its usual operation and quirks—the better you will be able, little by little, to bring the frenetic ranting to heel.

Dr. Wayne Dyer in Change Your Thoughts—Change Your Life says, “Let go of your demands, along with your beliefs that you can’t be happy because of what is supposedly missing in your life.” The story we tell ourselves leads us to believe we are missing something. What could possibly be missing if we don’t even know what it’s like to have this missing thing in our lives?

Inner negative chatter is a way to deflect what bothers us. By engaging in drunken monkey head talk, we avoid staying in reality and solving the situations at hand.

Do you struggle with the drunken monkey constant chatting? What prompts the negative chatter for you? I’d love to hear your thoughts on diet chatter? And if you don’t have diet chatter, or you learned to quiet the little rascal, I’d love to hear about that too? And of course, as always, if you don’t agree with any of this—that you think it’s a bunch of hog wash, please I want to hear from you too.

Stay tuned—you never know where my mind will wander.

Release Your Obsession with Food: Heal from the Inside Out

Release Your Obsession with Diet Chatter: Heal from the Inside Out

And Soon to Launch:

Release Your Obsession with Cheat DAZE: Heal from the Inside Out

I'm Dr. Lisa Ortigara Crego and I'm here to help. Let's have a quick chat about your challenges. No cost or obligation.

*Sign up for my Weight Control Therapy newsletter, and get a free 15 minute televisit with me personally!

About the Author Lisa Ortigara Crego 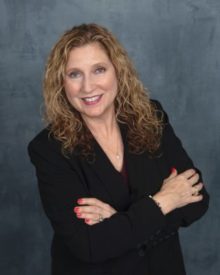 Compulsive eating is a difficult challenge, but you don't have to face it alone. Let's talk. No cost or obligation.